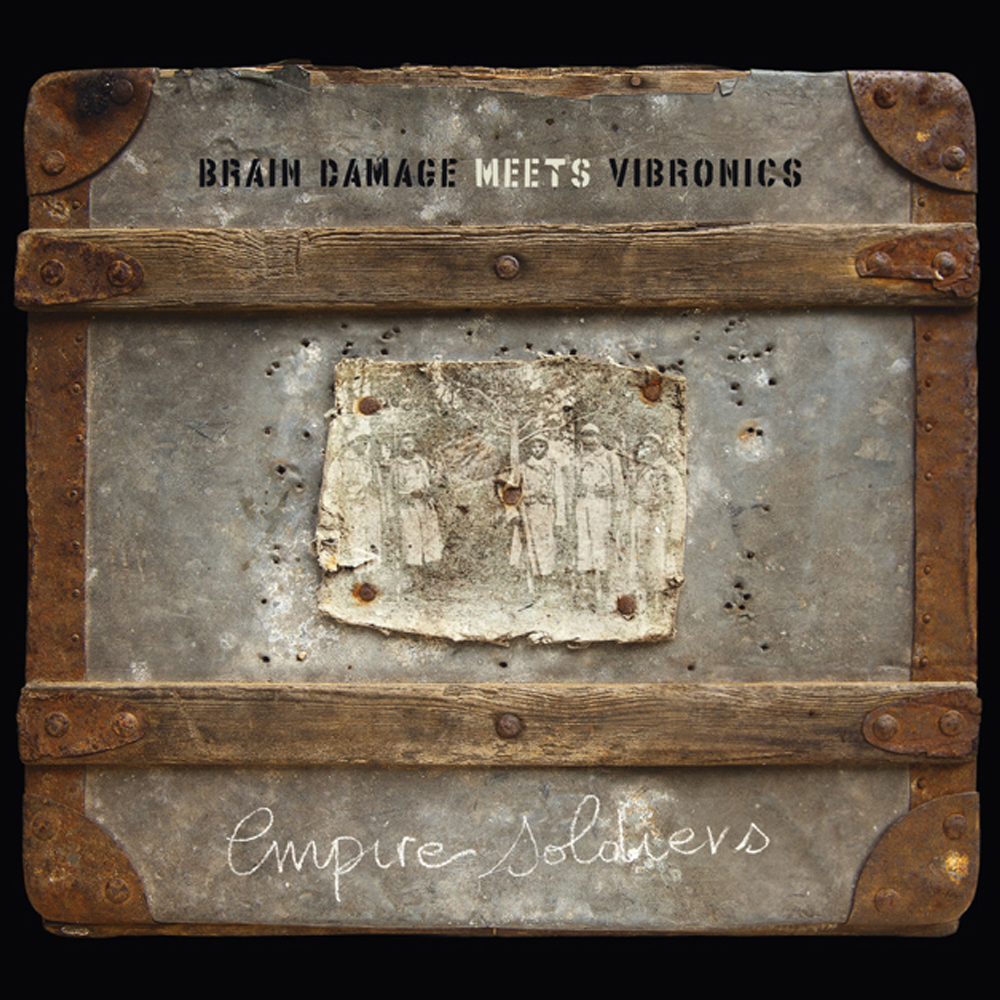 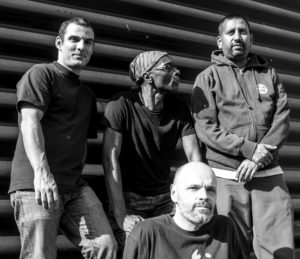 Brain Damage & Vibronics unleash a fiery dubwise journey into the lesser known volumes of history. When two of Europe’s most notorious dub producers and an international cast of singers meet up to discus the start of the Great War 100 years ago, you know the results are going to be big. «Empire Soldiers» is the often overlooked story of the colonial troops in World War One, a heavyweight musical collaboration with an emotive set of lyrical tales from Africa, Asia and The Caribbean told by Madu Messenger, Parvez, Sir Jean and Mohammed El Amraoui.

This original creation will be turned into a album [ cd & LP / Jarring Effects / oct 2013 ], a set of 3 Sound System exclusive 10″ mixes, and a live tour featuring Parvez & Madu Messenger.

With a strong background of countless LPs, collaborations and live sessions all around the world to their credit, we could think that both entities have little left to prove. Yet, they both have much in common, particularly a certain ever-growing and untiring creativity, but also an undeniable sense of challenge, concept and constant questioning. The issue that is here discussed extends way beyond a mere meeting: the presentations between the artists have been made a long time ago, through lots of remixes and co-bill live sessions. This momentum is now more a matter of the transient collision of their respective universes, for a live tour and a epic LP entitled “Empire Soldiers”, giving rise to a third entity, unclassified until then.

Vibronics & Brain Damage teamed up and decided to come together around a concept, a narrative inspiration that will undoubtedly surprise: Anglo-Caribbean and Franco-African soldiers’ experience during the first world war. The academic historian, poet & songwriter, Madu Messenger, uses the product of years of study and research, to develop, within that very framework, a series of texts on some key topics such as travel, friendship, war and death. This project thus aims at offering a learning experience about this often little-known period of our history. It will draw troubling parallels with some more contemporary considerations on culture shocks, immigration, imperial powers and horrors of war that still affects all of us today. Following their reflection on this sensitive issue, the musicians of the project’s – all of many other origins, Anglo-French, Jamaican or Asian – move towards a cultural alignment, opposite to certain enslaving and communitarian models. Brain Damage and Vibronics’ digital reggae-dub comes in different colors throughout many influences, completing the best of their know-how, with the spontaneousness of the collaboration & human experience.

The two producers and dub pioneers, Steve Vibronics & Martin Nathan, almost transplant their respective studios on stage, for a performance that is anything but a confrontation, competition or other kind of battle. What we are talking about here is more like a sharing and pooling the know-how of two artists with distinct sensibilities, not rised against one another, but symbiotically serving an aesthetics, a feeling, an (hi)story.
Once again, here is all about struggling against the operated machines’ rigour, to strike back with a reggae-dub

, sometimes slick, then distorted, hypnotic and repetitive, yet always surprising, with the help of tenebrous reverbs, unlikely echoes and daring mixes that made their live sessions a success in the past 15 years.

Vibronics’ style is also here truly identified through the appearance of the two vocalists Madu Messenger & M Parvez, whose so characteric & complementary voices, embody the concept of this collaboration: a reflection based around the British-Caribbean and Franco-African soldiers’ experience during the first world war.

Finally, even if each aspect seems to have been considered and jewelled upstream, if nothing seems to have been left to chance, a certain fragility remains however, reflecting all the joint spontaneousness, and constantly reminding us that this project is definitely atypical and inherently ephemeral.

What You Gonna Do ?